Talking about Publishing, Urban Territory, and lots else

I was involved in three events this week. The first was the most wide-ranging – a filmed conversation with Babette Babich at Fordham University, that ranged from contemporary territorial issues to Kant, Leibniz, Nietzsche, Heidegger, Foucault and Lefebvre; Greek geography to Shakespeare; river boundaries and urban questions; and lots of points in between. While I’ve been filmed giving lectures before, this was the first time in a TV studio. It will be interesting to see how it comes out. A lovely day up in The Bronx, in the oasis that is Fordham’s leafy campus, and then a meal in Little Italy. 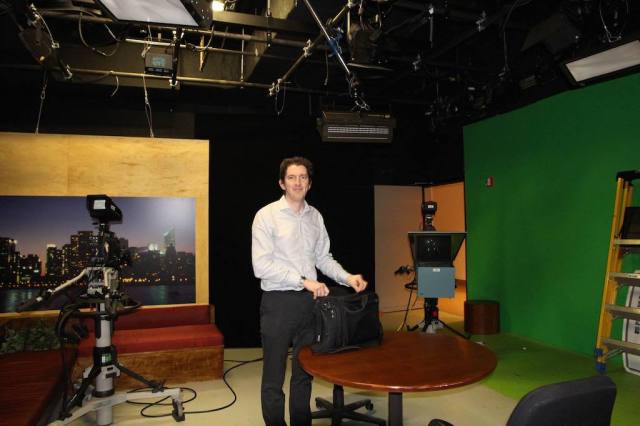 In the Fordham University studio – photo by Babette Babich

The second was a workshop on publishing at New York University, in the School of Social and Cultural Analysis, organised by Stuart Schrader. I’ve done this type of thing a number of times, usually while visiting somewhere else, though also twice at Durham. The idea is that as a journal editor, I can shed some light on the process, share some anonymised stories, and mainly answer as many questions as there is time for. I’m always told it’s helpful, and it’s usually good fun, as it was in this instance.

The third was to talk about my ongoing work, in a presentation and discussion about how my thinking on territory relates to urban studies, and what work on the urban can add to work on territory, and vice versa. Some of this paper is through a critical engagement with Neil Brenner and Christian Schmid’s work – especially ‘The Urban Age in Question’ and the work of the Urban Theory Lab – which I think is very valuable. My contribution is to push it to think about territory more. But the paper also seeks to make sense of how urban studies uses the category of territory generally. This talk was organised by Hillary Angelo, Rebecca Amato and Gianpaolo Baiocchi in the Urban Democracy Lab at the Gallatin School at NYU. A very early version of this paper was given at Durham 18 months ago – some comments, recording and two images here. It sat dormant for a while but I’ve been working on it again in New York. There was some very helpful discussion – at least for me.

Next week I am going to the CUNY Graduate Center for an informal discussion seminar with Don Mitchell, organised by Setha Low and her colleagues. I’m looking forward to that too, especially since I’ve never met Don before, though obviously know his work and have heard him speak a few times. I’ll also be meeting up with Léopold Lambert, potentially for an interview for The Funambulist‘s podcast site Archipelago. I’ve never met Léopold, despite contributing to his excellent site, so that should be good.

3 Responses to Talking about Publishing, Urban Territory, and lots else