My most recent book is The Early Foucault (Polity 2021), looking at his student days to the History of Madness. I have recently completed a study of his work in the 1960s, The Archaeology of Foucault, which will be published in late 2022 and complete an intellectual history of Foucault’s entire career. The two previous books Foucault’s Last Decade and Foucault: The Birth of Power were published by Polity in 2016 and 2017. On this project, with links to discussions of the research process, see this page. Shakespearean Territories was published by University of Chicago Press in late 2018; Canguilhem was published by Polity in early 2019.

The next major project will be a study of Indo-European thought in twentieth-century France, looking at both French and émigré scholars, with a particular focus on Emile Benveniste, Georges Dumézil, Mircea Eliade and Julia Kristeva. This is funded by a Leverhulme major research fellowship (2022-25). Some initial work on this project is reported here. Other current interests include the way Foucault read Shakespeare throughout his career, and the relation between geopolitics and debates about earth, terrain and volume.

You can read more about the main periods of my research here.

Between 2006 and 2015 I was editor of the journal Environment and Planning D: Society and Space. Since 2011 the editorial team have run a companion open site at www.societyandspace.org – now relaunched as a free digital magazine. I also edited a Society and Space book series with Sage though this is no longer accepting new proposals. I have also served as review editor of the Review of International Political Economy and was a founding editor of Foucault Studies. I serve on the board of Foucault Studies, Theory, Culture and Society, Geographica Helvetica and Dialogues in Human Geography.

My articles have appeared in journals in a range of disciplines, and some articles and chapters have been translated into French, German, Spanish, Italian, Bulgarian, Croatian, Turkish, Russian, Farsi, Hebrew and Korean. The Birth of Territory has been published in Chinese translation, my book on Lefebvre in Korean, Foucault: The Birth of Power in Serbian, and the recent books on Foucault are forthcoming in Korean and Chinese, with other translations in discussion. 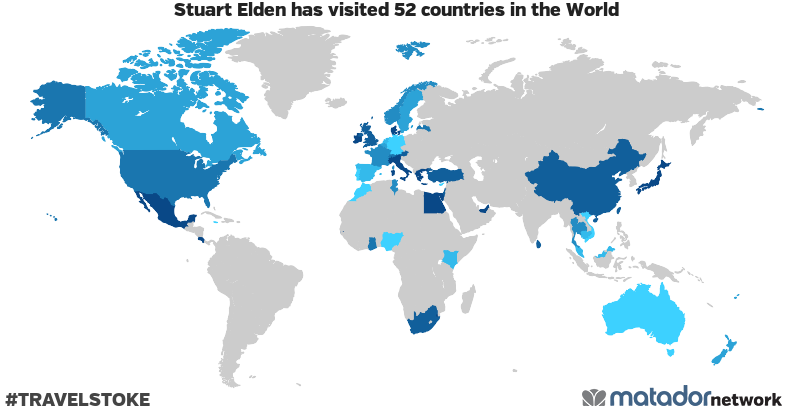