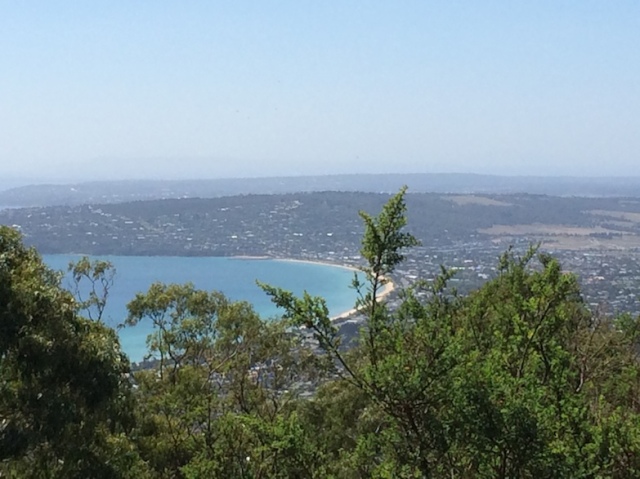 I left Melbourne on Monday. It was a terrific, productive, interesting and enjoyable eight weeks. I’ve said a little about talks before, mainly in Sydney, and I’ll provide links to a recording of one other talk soon. I’ll doubtless say more about the Foucault work in an update, but I wanted to say something about what I was often doing when not working: cycling.

I bought a bike about a week after I got here. The nice guys at Cycle Galleria let me borrow a wonderful bike for a few days, a BHG6-Pro which was great fun but far too good a bike for me, and also too expensive for what will be a second road bike. So in the end I got a 2014 shop version of the Cannondale Supersix EVO. I put 1152 miles (1854 km) on it in seven weeks, so it certainly got used. It’s also a great way to get to know a place.

Melbourne is an interesting city for cycling. The CBD is a bit tricky, with lots of traffic, trams (and, all important tram tracks to avoid), parked cars to the left of the bike lanes, and, of course, pedestrians. But once you get out of the central area, there are some great routes. I spent a lot of time on Beach Road, which runs along the bay all the way to Mordialloc, before it runs into a highway. There are also bike-trails along the Yarra river, and further east towards Monash University, and these trails are in good enough condition you can ride a road bike down them. The Yarra trail links to Yarra boulevard, which is a fun up and down climb and very popular. Real hills are a bit further from the city – I managed Mount Dandenong, Mount Pleasant, and Arthur’s Seat while here. Not especially fast, though I got better while here. There are some very serious cyclists in this city. The longest ride I did was 75 miles (120 km). Maybe sometime I will be here for the Around the Bay in a Day event – 210 or 250km!

I’m hoping to do Mont Ventoux again this summer, and these few months have been good preparation.

This entry was posted in Cycling, Travel. Bookmark the permalink.

1 Response to Cycling in Melbourne – seven weeks and 1152 miles