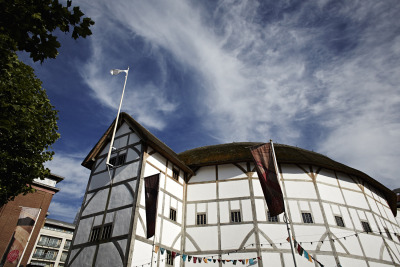 Emma Rice became the artistic director of Shakespeare’s Globe in April 2016. Just six months later the theatre has issued a statement on ‘the Globe’s future artistic direction‘. The summary is that Rice will leave the post after two years. The Globe was founded to produce plays in conditions more akin to Shakespeare’s time than modern theatres, and was intended to be a place of performance and of research. I saw several plays there in the term of previous artistic director, Dominic Dromgoole, and all the productions since Rice took over. I never saw a Mark Rylance-era production live, but have seen a few on film.

The comments below the announcement showcase the polarising views over Rice’s time. She challenged many of the Globe’s traditions – amplification, pre-recorded music, lighting, stage design and tone of production. This upset many people, but entranced others. I have mixed feelings. Her own production of A Midsummer Night’s Dream was quite good, and the plays she commissioned there were variable. Macbeth was poor, but Innogen (a renamed Cymbeline) was consistent to its own vision, and while I expected I would dislike it, it worked quite effectively. The Taming of the Shrew, which is a play I know much less well, was updated to the Easter 1916 uprising in Ireland. I went to this with Steve Mentz who provides a really good discussion of it, and Macbeth, at his blog. Not all of the previous productions I’ve seen there, to my mind, worked. In the previous summer season I really enjoyed King John and The Merchant of Venice, thought Richard II and As You Like It were okay, and Measure for Measure was trying to be too funny, too much of the time, for such a dark play.

I certainly don’t want to see, and much less fix, theatre in a museum. But the Globe, at its best, wasn’t that. There are many other places where modern, challenging, disruptive versions of Shakespeare’s plays can be produced, and I often go and enjoy them in just such venues. The theatre is within a short walk of many others that regularly perform Shakespeare – the National, the Old Vic, the New Vic… But I also appreciated the chance to see plays performed in a different, pseudo-traditional way. Rice changed that, for good and bad, at the Globe. At a recent conference I heard some more worrying things about the physical, infrastructural changes to the theatre that had occurred as a result of the installation of new technology. That non-reversible break with the fabric of the theatre is far more concerning than a few productions that are not to everyone’s taste.

I certainly wasn’t intending to miss future productions by her and her colleagues, and will try to get to as many of those in her remaining time as I can. I’m intrigued to see who they pick next. As many commentators have pointed out, why did they select Rice, if they are now going to speed up her departure for doing what it is clear she always intended to do, and which her track-record demonstrates was what she was good at? I’m actually a little disappointed they didn’t give her a bit more time.

This entry was posted in Uncategorized, William Shakespeare. Bookmark the permalink.