History in the making: Celebrating the work of Raphael Samuel – essays in HWJ open access

From the Verso blog: 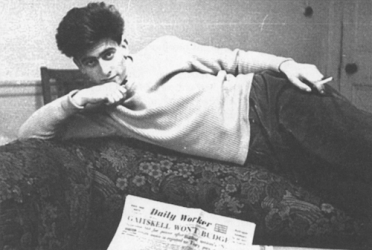 Raphael Samuel was one of the most influential historians to come out of the New Left generation. A founding member of the History Workshop Journal which pioneered the “history from below” approach to historical scholarship, Samuel’s work helped to democratise and move historical scholarship of the confines of the academy. His major work, Theatres of Memory, sought to celebrate the “unnofficial knowledge” that formed from popular conceptions of the past and present against the pretension of the professional historians.

As Samuel himself wrote, this approach was motivated by “the belief that history is or ought to be a collaborative enterprise, one in which the researcher, the archivist, the curator and the teacher, the ‘do-it-yourself’ enthusiast and the local historian, the family history societies and the individual archaeologist, should all be regarded as equally engaged.”

Alongside the passionate plea to remember “what others forget” in Theatres of Memory, the wonderful, passionate political anthropology of the Communist Party in The Lost World of British Communism and Island Stories‘ analysis of the production and reproduction of national myths – much of Samuel’s greatest work was done for the History Workshop Journal. On the 20th anniversary of Samuel’s death, HWJ has released all of his work for free on via their website.

The essays include the stunning panorama of the industrial revolution in “The Workshop of the World”, as well as profiles of Raymond Williams, Ralph Miliband and Ewan MacColl. For the full list of articles visit the HWJ website.

Between 1st and 3rd June Queen Marys University London and the History Workshop Journal will be hosting a major conference on Radical Histories/Histories of Radicalism. For more details and full programme click here.

1 Response to History in the making: Celebrating the work of Raphael Samuel – essays in HWJ open access