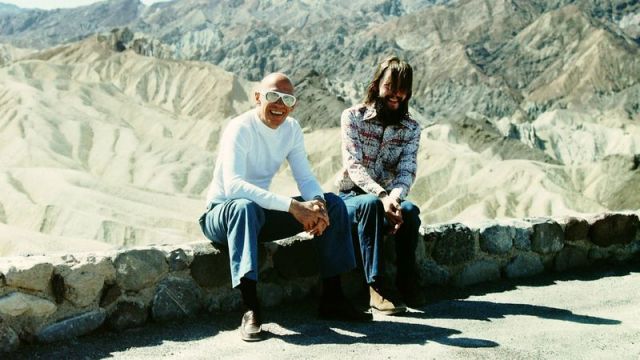 Michel Foucault, left, and Michael Stoneman in a photo from the book “Foucault in California.” (David Wade)

Over the decades, many intellectuals came to Southern California from somewhere else; and often they came to escape the systems of politics, logic and art they left behind. This seems especially true of French philosopher and social theorist Michel Foucault, the subject of this odd memoir.

Foucault was one of the most influential philosophers of the 20 century, producing numerous “disciplinary histories” documenting how systems of knowledge (sexual, linguistic, medical) were more effective at controlling populations than at disseminating knowledge. (He was also an early proponent of shaved heads and cool Kraftwerkian demeanor.)