I’ve done some further updating to the list of works in Georges Bataille’s Oeuvres complètes and other French collections and the English translations.

The main work is the list of articles in Volume I, and the posthumous texts of Volume II, have now been added. This took some work, and as before, I am sure I have missed some translations, especially in journals. There are two or sometimes three translations of some texts, and others don’t seem to have been translated at all. It’s largely unsystematic for the short pieces – one of the reasons why I hope what I’ve done is helpful.

This work is still in progress – I have a draft of the post-war articles in Volume XI and some notes on those in Volume XII. I’ll add these soon, hopefully.

There remain two texts in English where I’ve not yet been able to identify the French source.

Any help on the first of these, or additions and corrections to the main listing, would be much appreciated. 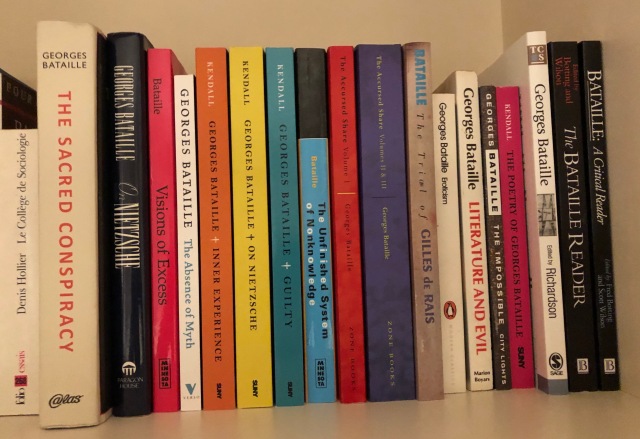 This entry was posted in Georges Bataille, Uncategorized. Bookmark the permalink.