In The Abnormals lecture course, Foucault refers to a veritable rogues’ gallery of murderers, cannibals and perverts. The latter term, of course, is one that he examines in terms of its historical emergence – what counts as a deviation, an anomaly, abnormal behaviour? Foucault’s tactic, as with many other inquiries, is to provide the details of a case and then examine the legal, medical and psychiatric reports in the archives that shed light on how it was understood. The case of Pierre Rivière was conducted in a similar way, although in that instance they also had a remarkable first-person memoir and witness accounts. Foucault and his colleagues found this case in the Annales d’hygiène publique et de médecine légale.

For the cases in The Abnormals, it’s sometimes less clear on the sources. Part of this is due to the fact that the notes in the volume are the editors’, rather than Foucault’s. So, although they had access to the course notes, we are largely reliant on their editorial detective work.

Two very interesting texts are mentioned in the notes, after an indication by Foucault in the course that he was using the work of Jean-Pierre Peter (p. 94 French/p. 102 English). The texts referred to by the editors both appeared in the same journal: 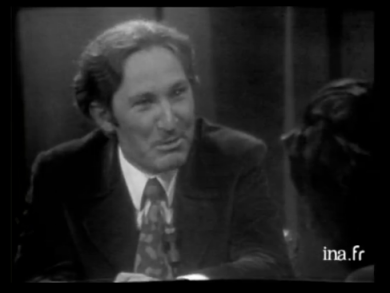 “Le corps du délit” appears in an issue on the theme of Lieux du corps, and begins with some remarks on Hamlet, goes on to discuss medicine in the 18th century, but is principally concerned with the body and ways of understanding it in medicine. “Le corps du délit” is the French equivalent of corpus deliciti, the evidence concerning the fact and circumstances of a crime, but also the object upon which the crime was committed (i.e. a dead body). Peter is interested in the corporeal nature of crimes, but the body of the criminal as much as the body of the victim.

There are some phrases that anticipate claims Foucault would make later in the 1970s, especially in the Rio lectures on medicine and The Abnormals, but there are also passages that are explicitly supported by reference to Foucault’s Birth of the Clinic, such as the discussion of medicine and space (p. 91).

In “Le corps du délit” Peter briefly mentions the anonymous woman of Sélestat who killed and ate her daughter at the time of a famine in Alsace in 1817 (pp. 103, 106, 107), the shepherd Léger who killed and ate a young girl (pp. 104, 105), and Henriette Cornier (p. 104). These are all cases Foucault discusses in The Abnormals. As Foucault describes it, Léger “killed a young girl, raped her, cut out her sexual organs and ate them, and tore out her heart and sucked it” (Les Anormaux, p. 94/102). Foucault describes the the Sélestat case as “the first recorded monster” (The Abnormals p. 94/102).

The second piece is not an essay by Peter, but two archival documents presented by him. “Ogres d’archives: Textes presents par Jean-Pierre Peter”. The issue is on the theme Destins du cannibalisme.

The first is a reproduction of a text from C.C.H. Marc, De la folie, Paris: J.-B. Bailliere, Two Volumes, 1840, Vol II, pp. 130-46; itself a reprint of “Examen médico-légal d’un cas extraordinaire d’infanticide”, Annales d’hygiène publique et de médecine légale, Vol 8 No 1, 1832, pp. 397-411.  That is a translation by Marc of a text that first appeared in Kopp, Annales de Médecine politique, Vol XI [I’ve been unable to trace a copy of this work].

The second comes from Étienne-Jean Georget, Examen médical des procès criminels des nommés Léger, Feldtmann, Lecouffe, Jean-Pierre et Papavoine… Paris: Migneret, 1825, pp. 2-16. For no reason I can see, Peter’s reproduction of the text breaks off two paragraphs before the end of Georget’s text. It provides the legal charge, some interview material and some discussion of the case.

A note in Peter’s “Le corps du délit” essay suggests the heritage of these cases from collaborative work done in “Foucault’s 1971 seminar on penality at the Collège de France”. The 1971 seminar is a reference to the 1970-71 seminar (beginning in December 1970 but continuing into 1971) which was on “psychiatric expertise in penal matters”. The next two years were on the Pierre Rivière case – initially research, and then preparing that case for publication. It’s clear from the publication of the “Le corps du délit” piece in 1971 that its origin was in Foucault’s first year at the Collège. It is easy to imagine Foucault and his seminar colleagues discovering a number of interesting cases – taking the Rivière case as the basis for the next two year’s work; and Peter publishing two other instances himself. Foucault then used those cases as illustrative examples in his lecture course a few years later. David Macey has the best account of this work that I’ve found.

The first year of Foucault’s seminar was devoted to the topic of penal psychiatry. The raw material for both that seminar and the lecture course of 1974-5 on ‘abnormality’ was culled mainly from the Gazette des tribunaux and the Annales d’hygiène publique et de médecine légale, which regularly published lurid accounts of murderers, hermaphrodites, degenerates and other social ‘monsters’. The tales of servant girls who suddenly and inexplicably murdered the children entrusted to their care were of interest because of the way they revealed the intersection between medical discourses about insanity and legal discourses about criminality (Michel Foucault, p. 106).

Peter was one of the collaborators on the Pierre Rivière project, and Foucault had got him to do much of the archival work including finding the original of Rivière’s memoir in archives in Caen which had somehow survived the Second World War bombardment (Macey, Michel Foucault, p. 107).

There is a longer version of this story in Macey’s The Lives of Michel Foucault, pp. 248-52, which additionally suggests that Peter thought he would have discovered the Rivière case on his own had he continued working on the area. Macey interviewed Peter for this book, and gives a bit more background on him and his earlier association with Braudel and Le Roy Ladurie.  With Braudel there was what Macey calls “a bitter quarrel that led to a rather blighted career” (p. 249). Le Roy Ladurie was critical of the book itself. Beyond this I can’t find much about Peter, who was based in the Centre de Recherches historiques, École pratique des Hautes Études.

There is a reflection by him on the Rivière project in Le Débat (“Entendre Pierre Rivière”, No 66, 1991, pp. 110-18) which is interesting for its account of the problems of Foucault’s seminar, and the open attendance policy the Collège enforced. Peter is scathing about many who attended, and suggests the publication was rushed to prevent an authorised publication based on recordings. I also found this video of him discussing the work with Gilles Lapouge.

His piece in the Rivière book is co-authored with Jeanne Favret, and suggests Rivière’s crime was a symptom of class revolt. The class politics come through in the first of the two pieces by Peter in the Nouvelle Revue. There is a lot of discussion of the impact of penal psychiatry on peasant populations. Jeanne Favret is better known as Jeanne Favret-Saada, a French ethologist, who worked on witchcraft and blasphemy, and whose major works are available in English translation.

In The Abnormals, Foucault discusses the three archival cases that Peter had discussed and, in two instances, presented. It’s always interesting to see how much Foucault built on the work of his contemporaries, and how his work at the Collège was so often collaborative – an aspect of Foucault’s work I’ve written about before, but which remains under-appreciated.

[Update: the only other place I know where Foucault mentions Peter is in “The Birth of Social Medicine” – the second of his 1974 lectures in Rio. Foucault mentions the work of Le Roy Ladurie and Jean Pierre-Peter on conscription statistics (DE III, 208; EW III, 135). The note – presumably added by the editors – references “Emmanuel Le Roy Ladurie, Jean-Pierre Peter, and Paul Dumont, Anthropologie du conscrit français, d’après les comptes numériques et sommaires du recrutement de l’armée (1819-1826), Paris: Mouton, ‘Civilisation and Societies’ 1972. However, references to this work elsewhere, such as the EHESS publisher page, say Jean-Paul Aron not Jean-Pierre Peter was the third editor. Update 2, 25 March 2014: Having now checked a copy of the book itself, I can confirm that Aron, and not Peter, was the third person involved. I say a bit about the book here.]

This entry was posted in Foucault's Last Decade, Michel Foucault. Bookmark the permalink.