West Point and the war on Ebola

Derek Gregory with another thoughtful and strikingly illustrated post on Ebola in Liberia.

I’ve taken this map from a Situation Report issued by the World Health Organisation on 6 May, which superimposes new cases of Ebola virus disease (EVD) over total confirmed cases throughout the epidemic in West Africa: 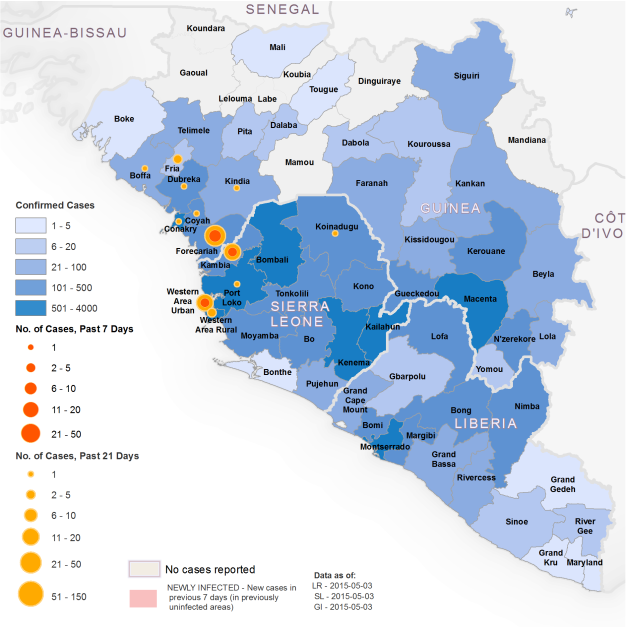 Three days later the WHO declared Liberia to be free of Ebola:

Forty-two days have passed since the last laboratory-confirmed case was buried on 28 March 2015. The outbreak of Ebola virus disease in Liberia is over.

Interruption of transmission is a monumental achievement for a country that reported the highest number of deaths in the largest, longest, and most complex outbreak since Ebola first emerged in 1976. At the peak of transmission, which occurred during August and September 2014, the country was reporting from 300 to 400 new cases every week.

During those 2 months, the capital city Monrovia was the setting for some of the most tragic scenes from West Africa’s outbreak:…