Talks on territory and terrain in the next month – London, Durham and Oslo 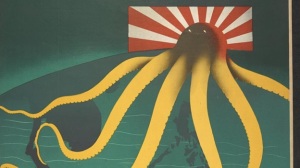 I’ll be giving a few talks about the work on terrain as the materiality of territory over the next month or so.

First is a short talk at the British Library on 31 January 2017, 7pm. This is part of a session on Power, Territory and Borders, with Tim Marshall (author of the best-seller Prisoners of Geography) and chaired by BBC journalist Philippa Thomas. I’ve been asked to give some general historical background which uses my previous work, but the last part discusses the new work on terrain. This talk requires tickets which are available from the BL.

On the 6 February 2017, 6.15pm, I’ll be back up at Durham to give a public lecture in the Institute of Advanced Study‘s series on ‘The Scale of Things’. The talk is entitled “Towards a Political Theory of Terrain”.

On 23 February 2017, 6.30pm, I’ll be giving the London Review of International Law annual lecture at SOAS, under the title “Legal Terrain”.

Then on 3 March 2017 I’ll be part of the Technologies of Space: Verticality, Volume, Infrastructure symposium at the University of Oslo, speaking on “Terrain’s Volume”. Lisa Parks and Mark Dorrian are the other speakers. This event requires registration.

The Durham, SOAS/LRIL and Oslo talks will all be versions of the lecture I gave in Gießen late last year. They won’t be exactly the same, with some different emphases, but there will be substantial overlap. Details of all the talks I’ll be giving are here.

This entry was posted in Conferences, terrain, Territory. Bookmark the permalink.