On the appearance of books in a series

This post probably speaks to a collector’s instinct in me, or something else, but I really dislike the way that publishers mess with the design of books in a series. It is especially annoying when the books are released in sequence, and this isn’t a case of a series redesign. Here are some examples – some good, some not so good:

Foucault: The French lead the way here, with a consistent style to Dits et écrits and the lecture courses. 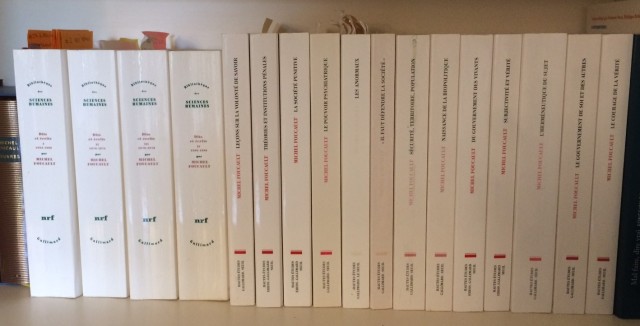 The English – not so much. I know it’s not helped by two being with a different press, but even given that, Palgrave are not consistent. The last volumes published lost his head and shrunk the logo. Who knows what the next volumes, with Springer, will look like? 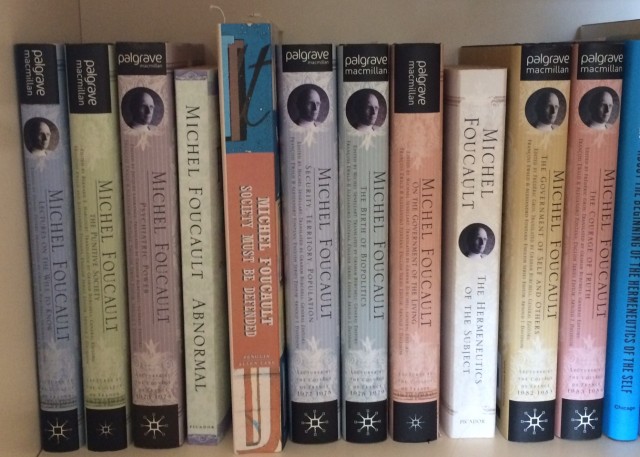 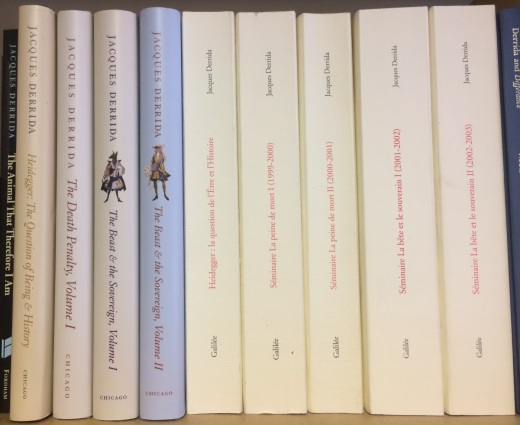 Derrida – both the English and French versions of his seminars are consistent, though Chicago seem unsure about images and how to display their name.

It is certainly a lot better than this jumble of different publishers and styles:

With Freud, when doing my PhD I bought a bunch of volumes in the Penguin series, but now I want to complete it I have to scour second-hand stores to find the same edition… 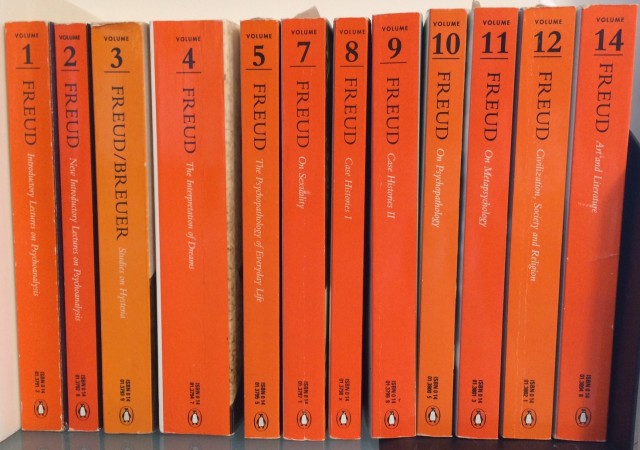 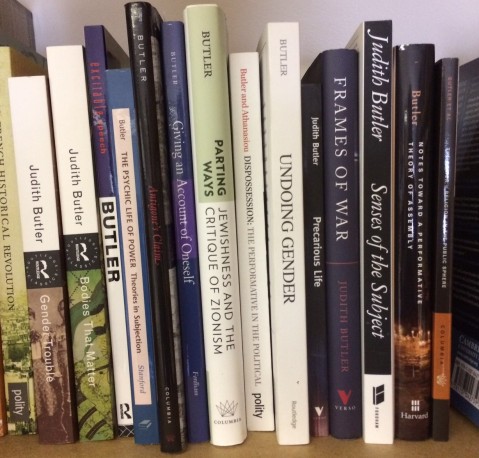 With many more contemporary writers, even when I have all or most of their books, they have worked with different presses and so there is no consistency. Take Judith Butler for example – even the Routledge and Verso books are different sizes. 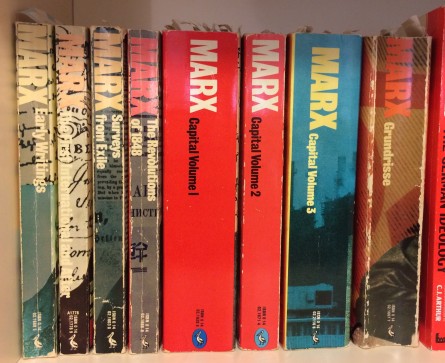 With Marx I have the complete Penguin/NLB series, all bought second-hand from the Pelican period, but they must have changed the design at some point. Of course, that’s only a fraction of Marx and Engels’s output, and I only have some of their other works.

Nietzsche – the German is very consistent, but then I bought these volumes as a box-set. The earlier translations were with multiple presses, and some I have are older editions, but the very slow Stanford University Press series is setting a broadly  consistent tone, at least so far.

Heidegger – takes some kind of prize for consistency. The series hasn’t changed design at all since it was begun in the mid 1970s in the last years of Heidegger’s life. I have kept the dust jackets on, and the earliest ones are rather faded, but other than that this gargantuan undertaking is looking like it will run the course. (This is of course, only a fraction of the series – it’s on four shelves in the home study.)

The English translations are another matter entirely, with several different presses, but even within these there are differences in size and format. 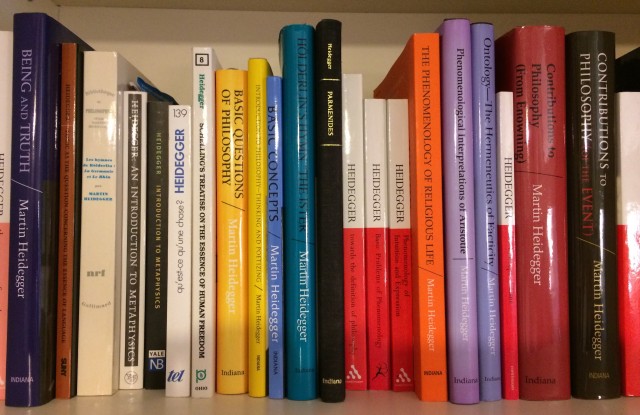 Kant – the English collected edition is a right mess. Different sizes, different layout, and then a recent volume with a big red addition and the text going the other way. What’s the design logic there? Admittedly some are paperback and some hardback (hardbacks were mainly review copies or bought second-hand – they are very expensive), but even within that there is variation. 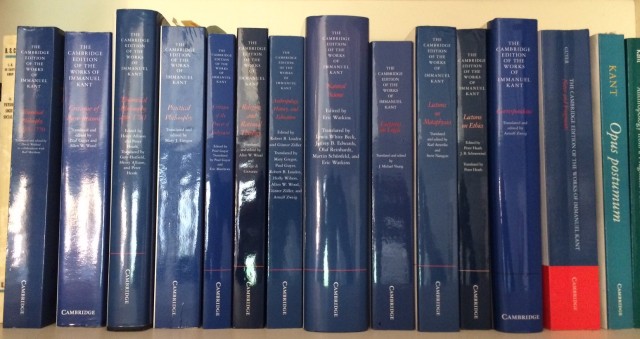 Recently I’ve been working on Shakespeare, and there is a consistent design to the Penguin and OUP ones. The Cambridge (not pictured) went through a series design, but Arden has suffered from continually changing press. You can see they are trying, but can’t decide where to put the series logo, where to put the publisher logo.

I don’t organise books by colour, size or other aesthetics, but by author and within that usually chronologically. But when the books are in a series, then it really shouldn’t be beyond the skills of designers and editors to go for consistency.

1 Response to On the appearance of books in a series