Stuart Hall’s Archive: A One-Day Symposium and Policing the Crisis Today: Conjunctures of the Past and of the Present – Birmingham, 2 July 2019 (with pre-events in Birmingham 24 June and London 26 June) 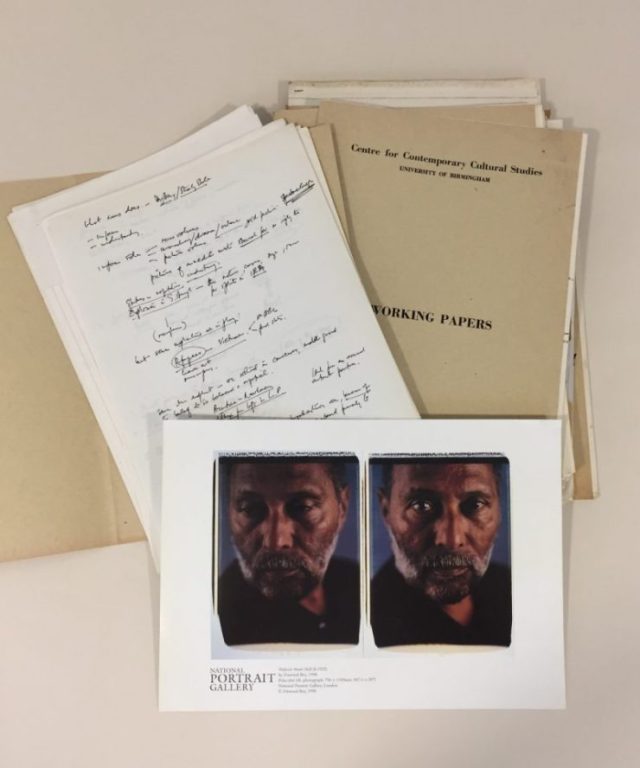 Stuart Hall’s Archive: A One-Day Symposium. 2 July 2019
Policing the Crisis Today:
Conjunctures of the Past and of the Present
An open invitation to a study workshop
Monday 24 June
Ikon Gallery
1 Oozells Square
Birmingham, B1 2HS
10:00–14:00
Wednesday 26 June
New York University in London
6 Bedford Square
London, WC1B 3RA
10:00–14:00
If you would like to attend, and for further details, please contact Dr Nick Beech: beechnick@me.com
‘Policing the Crisis was a response to events concerning the robbery and injury of a man in Birmingham by three boys of mixed ethnic backgrounds. They were given long, exemplary sentences (twenty years, in one case). However, these events were not used to illustrate a pre-existing theoretical argument. Written over six years, the prolonged, difficult process of collective research served as the intellectual “laboratory” out of which the ideas, theories and arguments that animate the text was produced. The book ends by making connections and offering explanations that could not have been anticipated at the beginning.’
—Stuart Hall, Chas Critcher, Tony Jefferson, John Clarke, Brian Roberts, ’Preface to the Second Edition’ (2013), Policing the Crisis (1978/2013).
This year the Cadbury Research Library at the University of Birmingham opened Stuart Hall’s archive. To mark this event, a Symposium will be held on the 2 July 2019, providing an opportunity to consider the value of Hall’s archive for scholars, teachers and political activists critically engaged in the examination and transformation of our past and present (see https://stuarthallarchive.wordpress.com).
In preparation for the Symposium, two study sessions will be held, offering an opportunity to discuss one of the most profound works of cultural studies and Marxist social analysis in the twentieth century: Policing the Crisis (London: Macmillan, 1978), produced by Stuart Hall in collaboration with Chas Critcher, Tony Jefferson, John Clarke and Brian Roberts. The outcomes of these study sessions will be relayed to the Symposium and inform future research programmes and projects.
For many inheritors of the New Left and cultural studies, Policing the Crisis has provided a guide to the political, economic and cultural transformation of Britain in the 1970s and beyond. It continues to inspire research and political activism within specific fields—particularly in the analysis of urbanism and urban crisis, class-conflict, policing, race, and media—as well as broader enquiries examining periods of political crisis and settlement.
As a work, Policing the Crisis can be considered:
But it is doubtful that Hall and his co-authors would consider any simple mobilisation of their work in the present as at all adequate. Hall remarked that Antonio Gramsci’s work ‘often appears almost too concrete: too historically specific, too delimited in its references, too “descriptively” analytic, too time and context-bound’. This might be just as true of Policing the Crisis itself, and just as Hall argued that Gramsci’s ideas had to be ‘delicately dis-interred from their concrete and specific embeddedness and transplanted to new soil with considerable care and patience’, we may need to do the same with Hall’s work.
These two study sessions will ask—how might we ‘disinter’ the ideas contained in Policing the Crisis in the analysis and transformation of our present? Where would a Policing the Crisis project begin today, in what conditions, and by whom? The aim of the sessions is not a scholarly one, but an attempt to identify questions, research agendas, and political actions in the present that may be informed by a carefully ‘transplanted’ Policing the Crisis.

This entry was posted in Stuart Hall, Uncategorized. Bookmark the permalink.