“the frustrations and the pleasures of editing” 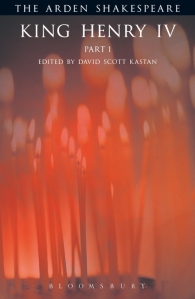 David Scott Kastan on “the frustrations and the pleasures of editing” – for him a play, but much of this works more generally:

We too often think of editing as an activity that is mechanical and objective; it is neither. Even a brilliant editor like [John Dover] Wilson, who must have known better, would sometimes juxtapose the shifting ‘sand’ of literary judgement’ and the bibliographic ‘rock of fact’ (Wilson, ‘Copy’, 185). But, in the face of what cannot be recovered from the past, those seemingly solid rocks of fact easily crumble into all too shifty grains of sand, and literary judgement becomes in the final analysis what every editor must depend upon. Editing is a mode of critical engagement with the play, though of course one ideally informed with relevant historical knowledge about the theatre, about the playwright, about the language of the period and about the various activities that enabled a play written to be acted to become a text to be read. At almost every moment editors are required to be critics, and their critical judgements construct the text that we read. The attractive solidity of the modern published edition on a bookshelf or on a desk asserts far more certainty about what is on the page than its editor can possibly feel. Our editions inevitably belie the provisional nature of the edited text, overstating the authority of what is set forth in the impressive physical form in which they appear. The sheer number of editions alone makes this point, but, even so, they remain (at least for this editor) profoundly satisfying acknowledgements of both the effort involved in their making and the long and honourable history in which they take their place.

This entry was posted in Publishing, William Shakespeare, Writing. Bookmark the permalink.