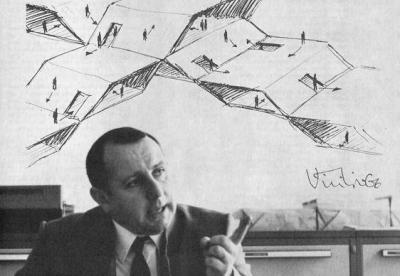 Virilio was one of the last representatives of a hugely influential generation of French theorists. Personally I found his early work most of interest – from Bunker Archaeology to his own architectural practice in The Function of the Oblique and the still untranslated L’insecurité du territoire. I draw on some of his ideas in my work on territory, especially when thinking about it in relation to volume and terrain. Of course, Virilio went on to do many other things, of which Speed and Politics is perhaps the most famous.

This entry was posted in Paul Virilio, terrain, Territory, Uncategorized. Bookmark the permalink.