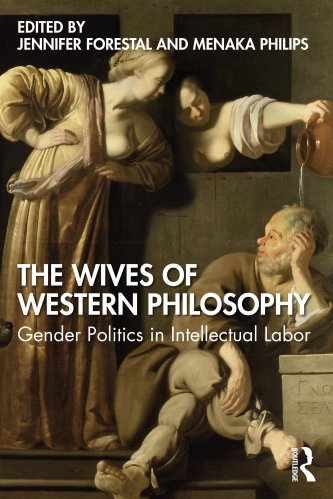 The Wives of Western Philosophy examines the lives and experiences of the wives and women associated with nine distinct political thinkers—from Socrates to Marx—in order to explore the gendered patterns of intellectual labor that permeate the foundations of western political thought.

The Wives of Western Philosophy brings these women to the center of scholarly interest. In so doing, it provides new insights into the intellectual biographies of some of the most famed men in political theory while also raising important questions about the gendered politics of intellectual labor which shapes our receptions of canonical texts and thinkers, and which sustain the academy even today.

The Wives of Western Philosophy offers a fascinating revisionary history of the women most closely associated with the men who have long dominated the canon of Western political philosophy. By looking at the tradition of Western political thought through the lens of these women’s lives and writings, from Xanthippe to Harriet Taylor Mill, the contributors overturn and challenge the gender biases that have unreflectively pervaded past scholarship and teaching in the field.”

“Abundantly insightful, characterized by an exuberant harmony of purpose and feminist intent, this fresh and inventive collection of essays brings the figure of the “wife” — as thinker, coauthor, concept, and collaborator — out of the shadows cast by heteropatriarchal histories of Western political thought. If you haven’t met the real “wives of political theory” here brought to light, you’ll be thoroughly acquainted by the time you finish this spirited book. The essays are both valuable biographical works that redeem female intellectual labors and illuminating examples of how “reading gender” opens up new ways to understand the production of canonical texts.”